Our business is growing and we’re looking for qualified professionals committed to quality craftsmanship and exceptional customer service.

David Spence Inc. is the premier remodeling company of Tampa, FL and it’s for a reason. What makes us unique is our remarkable quality, stellar client service, and unmatched credibility. It’s not just what we say, it’s what we do…day in and day out. We treat our clients like family, handle each endeavor with the utmost professionalism, and always go the extra mile.

Our services comprise of: total home remodeling which includes kitchen redesigns, bathroom redesigns, custom door design & installations, waterproofing, porch remodeling, room additions, house expansions, foundation, roof, balcony, and porch repairs, and even brand new construction. As devoted stewards of home remodeling, it is our pleasure to ensure a high-quality job for our clientele and we take pride in the standards we uphold and adhere to. Your home is your haven and at David Spence Inc. we will respect your home and treat it with honor and reverence while providing unprecedented workmanship and service.

David Spence Inc. is a member of the National Drug-Free Workplace Alliance

Learn more about our growing company 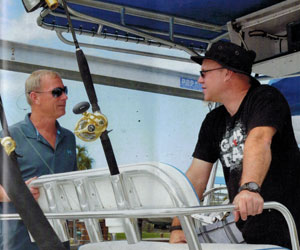 “I would recommend David Spence Inc. to the Pope!” said Chris Foreman

David Spence, owner of DSI Construction in Riverview, FL, met Chris Foreman once before diving into a $250,000.00 remodel on his home. “He was serving with the Army in Afghanistan, and he only had one day he could meet me in between deployments,” Spence says. Foreman quickly assessed Spence’s character that day, he says: “When you’re in a war zone, you can tell by a few questions whert someone’s full of it or not.”

Foreman sized up Spence and hired him to remodel his kitchen and bathroom. They communicated via email and skype during the deployment and Spence tore out a wall in the kitchen, added a new support beam and installed drywall, electrical, plumbing and fixtures.

Foreman later hired Spence to continue remodeling the rest of the house over the course of two years. During the remodel, the pair’s overseas conversations sometimes provided drama. “One time the phone went dead, and [Foreman} called me back hours later and said, “Sorry about that, a [rocket-propelled grenade] came in only 6 inches away from my hooch and didn’t explode, but they shut down communications any time that happens,” Spence says.

When Spence completed the work in 2012 and Foreman finished his deployment, Spence picked him up at 2 AM at the airport so he could be there when the Army ver first saw the house. “It was amazing to see the joy in his face,” Spence says. “It was an honor to build his dream and show my appreciation for what he was doing for our country.”

“David’s got a real hometown flavor thing going on, where he’s upfront with his cost and doesn’t hit you with surprises when it’s time for the bill” Foreman says. “I would recommend DSI to the pope!” 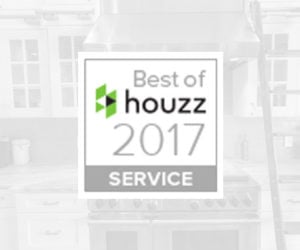 David Spence Inc. was honored to receive the Best of Houzz 2017 – Client Satisfaction Award. This award means we were rated at the highest level for client satisfaction by the Houzz community. At David Spence Inc. we understand we’re in the happiness business and strive on a daily basis to deliver exceptional quality and customer service to each and every customer. Whether we’re creating a kitchen remodel, bathroom renovation, room or porch addition, our promise is to deliver an upfront and honest quote, treat your home like we would our own and complete your project on time while using the highest quality materials.

We would love to help you with your home remodeling project. We invite you to call us at 813-443-9611 or fill out our contact form here.

Let’s discuss your project. Schedule your free in-home consultation with no obligation.